I don’t want to make a pace or anything for my crafting, but I am trying to create a behavior. So here I am on another day of working in the craft room and making something. The crazy part is that it is actually something I purchased at this year’s Bead and Button show. Why is that crazy? Because I have some baggies and items that I purchased last year that I have yet to use.

So here it is:

The pieces are from Barton Crystals. Here is her etsy shop.

Nice and simple to put together. If you think of attempting it, I do recommend using a nylon pliers to close the prongs. I have cracked these kind of crystals before with just standard pliers.

Maybe someday I will try and commit to a 30 for 30 like Caitlin or a shocking 100 day craft challenge like April Bern. Let’s not get ahead of ourselves, though. First (or now second) start, make something and share it. Heck, step that up, make something for the shop, photograph it and load it. I have all the parts. I just need to put them together.

Ok, so I lost my groove for awhile. As I watch some of my crafty peeps try to regain their craftyness, I totally understand the push. I had a friend shaking her head at me as I talked about the different patterns/kits that I owned that I have yet to do. It is a kit! It should be easy to do! Yet there it is… sitting undone.

So, I have been looking a lot at the Wrapit Professional Series Duo. I have watched some videos where it is used, and I Iike it, but I have the Beadalon Tying Station. How can I think of getting a new tool without trying it out first on the one I have, so I did. There is a difference.

Here’s what it looks like while working on it. One thing I am not crazy about is that when you are working on a longer piece, you can really hook anything in. You end up working with the spongue portion under one of the areas that screw down, which is a bit of a pain. Also, it seems like a screw going through that screwed down area left little spongue pieces behind. Next, it is very flat, which made moving my two needles around the leather a bit of a challenge, especially at the end when things were tighter. I think having the higher raised area on the wrapit would make this easier.

The tying station might be fine for macrame type projects, but I would keep those to bracelets that are only time around the wrist.

In the end, I think I will pick up the second tool. It isn’t like it is breaking the bank to get it.

Here is the finished project:

I am going to try and be around more. I have done a bunch of purging of the craft room in effort to focus in on what I want to work on. 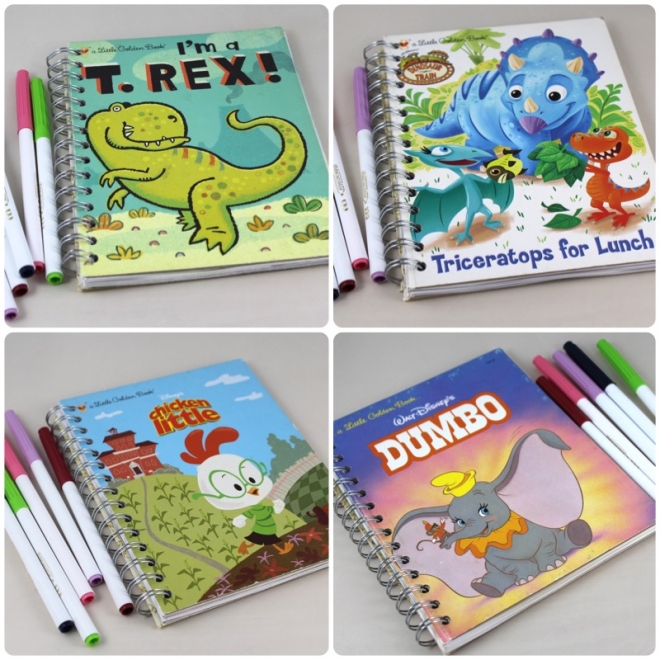 This weekend has been pretty relaxing. I figured I would get myself up and make some items for the shop. I think four is a good number too. You can make all the pieces, put them together and photograph them and not hate yourself later for all the time standing and hunched over a paper cutter.

I think I am getting into the swing as well for retouching the photos. Cutting out the standing up book photo has saved massive amounts of time for retouching. I also have begun to keep all of my item descriptions on Google Docs, so it is easy to copy the base and make my alterations per item.

Can I tell you how much I love the T. Rex book? That thing is just cute. I hope others like it as much as I do.

Well, they are all loaded up now. Enjoy.

So I have found that I do benefit from having a hands on method of managing my finances, diet, excercise or just planning of the daily schedule. Sometimes an online management is enough and works (or would if it was used regularly like my diet method), but other times there is a desire and need to actually look at the plan and write it down. If you are going to write it down, then why not use a planner.

There is such a craze out there for different kinds of planners. Some have enough space and detail if you are managing a family.  Others have only a little space for that and give you budgeting and notes space.  Some have a lot of color and others are very plain.  Some are really expensive and some are pretty cheap. I was aiming at something in the middle of it all.

For my first try, I purchased Papertrey Inks: Moments Inked planner. I liked the price and the colors.  I like some of the dies and the stamps that can go along with it, although I need to use the stamps that I have already purchased (there’s that budget aspect). One thing I am having an issue with is that it’s difficult to write on the left page next to the spiral. The spiral is so large that you almost have to push it down to be able to have any kind of legible handwriting. I also thought that the daily pages we’re going to be great for journaling, but I think I get more out of the weekly pages. I miss days at a time and when I try and go back to log things, I realize I had a real plain day and don’t feel that there was anything to log about.

I think when I choose my next planner, but I may go for something a bit thinner with only weekly pages and the option for other kinds of journaling pages. I still want color though. Lots of color. I might look at the ARC system and get some pages from Cocoa Daisy along with basic pages.
I guess it is all a learning process of seeing what fits and what you can keep up with. I like electronic to keep up with work and sharing calendars with my husband, but I really do think there is something to the awareness of using your hands and creativity when looking at the week ahead.

Any thought out there for your experience?

Well, it took some work, but I have the seven new journals made, photographed, retouched (which I previously posted about), and loaded into the shop.

I have also updated some journal descriptions to include the types of pages and how many along with more details about the book that the journal was made from. I hope it allows my buyers to know more about what they're purchasing.

I usually try to get used books for my journals, but I could not find a used frozen book. Therefore I had to use new ones, which raises the price a little bit but that allows the book to be out there now. I really do prefer using used ones. I kind of felt guilty cutting it open.

It’s a new year. Sure, it is April (and almost the end of that), but this is a new year. I am going to refocus myself back to my crafty self. I am going to come back to sharing with you and getting items into my etsy shop.   This is it. This is my announcement to the world. Ok, that’s getting a little dramatic, but I am going to do it.

So, I have been introduced to a new craft. Loom knitting. I was never one to be able to keep my interest with crocheting or knitting with needles, but this is something I can focus on. This current scarf is so soft and the double knitting fashion doesn't allow me to overly tighten my stitches like it does when I am knitting a hat, but that is still awesome and will just take more practice.

Ha! I can finally visit the yarn stores and aisles with a purpose. This rocks.

And back to knitting. 🙂

I have to say that I do like the We R Memory Keepers Sew Easy tool, but I am not thrilled at all with the Sew Ribbon tool. I was just going to add some detail to a nicely planned card. What could be harder than laying the tool over the card, having the magnets line itself up and punching the easy to use cutter through the paper. Yeah… Right. Damn. So, I have now mangled the bottom of my card, as the tool has a hard time fitting into its own guide let alone punching through paper. I thought that maybe it was the paper and not the tool, so I tried some cheap, thin paper. Nope, still the tool. Boo and ugh. Guess I will have to redo a card later. 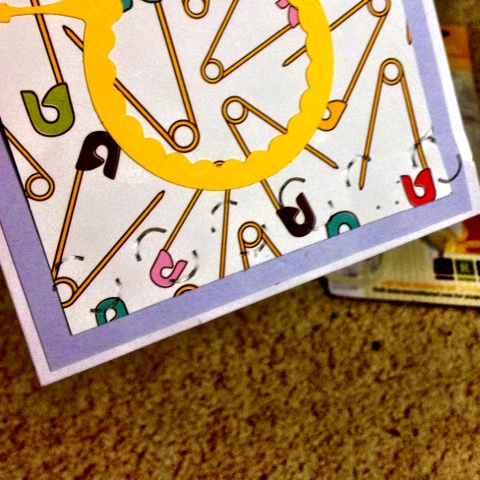 I planned to get a slice of pizza. They didn’t have it. Ended up eating an entire Tombstone pizza. I did add mushrooms for added protein.

Due to being behind at work, I planned on working from home. With my pizza, I never left the couch. I did catch up on this week’s The Voice.

Oh well, guess I’m not going to finish Bloodlines tonight either. It is a good book though. I enjoy Richelle Mead as an author.

Zoey is still cute, so I guess I’ll just cuddle up and go to bed. 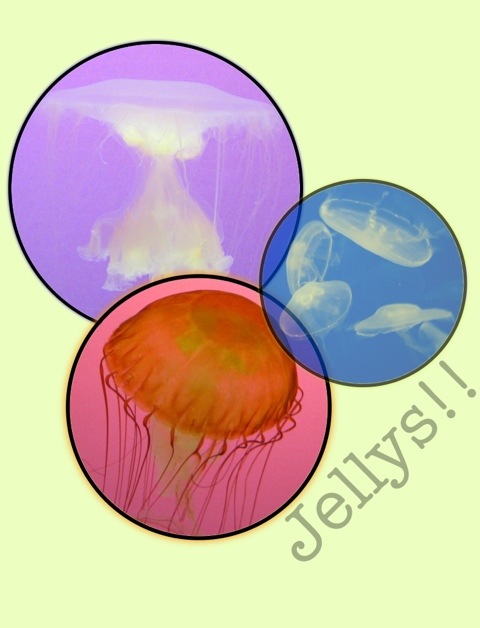 Started playing tonight with the new app Montage Pro on my iPad. Initially I downloaded the iPhone version, but then found out about the iPad version. It is kind of cool of the options for adjusting photos with shapes, borders, shading, levels and colors.

The photos were taken on an outing to the Shedd Aquarium. I love the graceful movement of them, although I felt kind of bad for the tangled strands coming off of them.

SparklyTurtle Creations (and Ramblings)
Create a free website or blog at WordPress.com.