Join 142 other followers
Follow SparklyTurtle Creations (and Ramblings) on WordPress.com

Ok, so I lost my groove for awhile. As I watch some of my crafty peeps try to regain their craftyness, I totally understand the push. I had a friend shaking her head at me as I talked about the different patterns/kits that I owned that I have yet to do. It is a kit! It should be easy to do! Yet there it is… sitting undone.

So, I have been looking a lot at the Wrapit Professional Series Duo. I have watched some videos where it is used, and I Iike it, but I have the Beadalon Tying Station. How can I think of getting a new tool without trying it out first on the one I have, so I did. There is a difference. 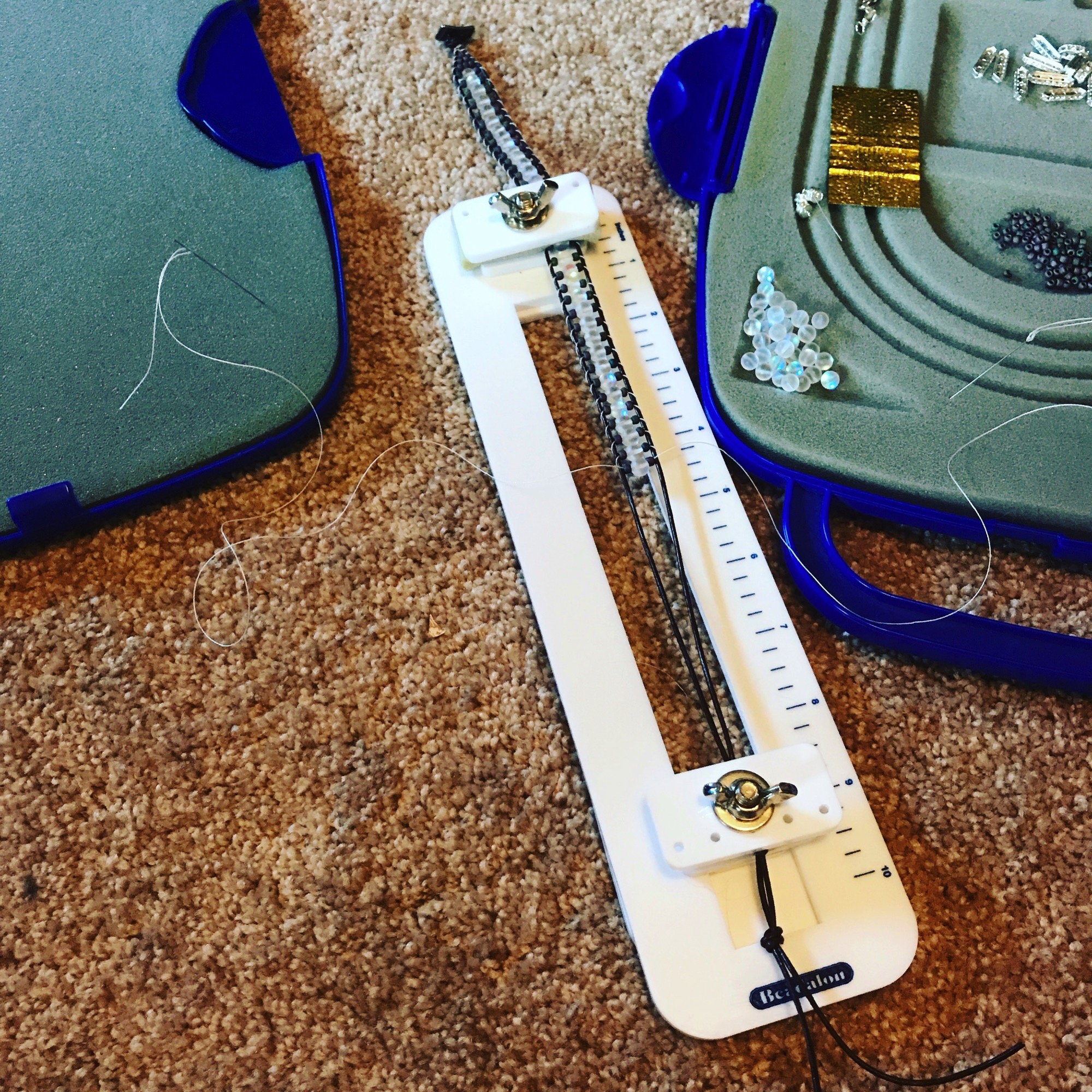 Here’s what it looks like while working on it. One thing I am not crazy about is that when you are working on a longer piece, you can really hook anything in. You end up working with the spongue portion under one of the areas that screw down, which is a bit of a pain. Also, it seems like a screw going through that screwed down area left little spongue pieces behind. Next, it is very flat, which made moving my two needles around the leather a bit of a challenge, especially at the end when things were tighter. I think having the higher raised area on the wrapit would make this easier.

The tying station might be fine for macrame type projects, but I would keep those to bracelets that are only time around the wrist.

In the end, I think I will pick up the second tool. It isn’t like it is breaking the bank to get it.

Here is the finished project:

I am going to try and be around more. I have done a bunch of purging of the craft room in effort to focus in on what I want to work on.